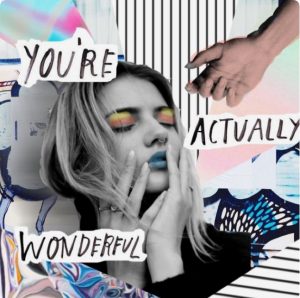 We’re coming from a week in which the cosmos did not converse much amongst one another after the intense, yet positive, full moon in Scorpio of April 29th.  So, the week of April 30th to May 6th was very much about processing that which came to light with that full moon. I wrote plenty about this energy in blog and Instagram posts. So, if you’re still not sure where all of this energy is for you, go back a few posts, read them and see where the themes stand out in your life.

With that said, this week starts off with plenty of moving energy that pretty much says, “ok, you’ve processed; what are you going to do with what you discovered?” We begin the week with Mercury in Aries squaring Pluto in Capricorn.  At first hand, this is energy for extremely direct and ruthlessly honest.  Both Aries and Capricorn are known for those qualities in their styles of communication, especially when they’re fed up with people’s bs.  And while this manifestation of the energy is possible, we have to remain in context of all of the energy that is going on.  Like I mentioned earlier, we’re coming from a full moon in Scorpio which placed the magnifying glass on something happening within.  The square between Mercury and Pluto urges you to be very honest with yourself about what you discovered. Do you sabotage certain endeavors or and relationships? Do you attract unnecessary drama into your life even when you say you don’t want it? If so, how can you observed that behavior, without judgment, and change it so that you create a better reality?  Scorpio energy purges out the ugly in all of us, no matter how good we think we are at justifying it. But there always comes a time in which we have to take responsibility for everything we are in order to grow and move forward.

The tendency to want to make excuses and continue justifying certain parts of ourselves, that we know aren’t good for us in the long run, is made easier by another alignment happening at the same time Mercury and Pluto square.  Venus in Gemini also squares Neptune in Pisces.  In English: distracting ourselves with a ton of stuff (anything) in order to cloud the reality of what we discovered the full moon.  This day in age it’s incredibly easy, almost second nature, to distract ourselves, especially with technology.  Venus in Gemini represents our desires and attention going from one thing to the next in true Gemini fashion (in it’s lower energy, at least).  Neptune in Pisces can have you believing the lies you’ve told yourself about why you can’t change a certain behavioral pattern or why you can’t be disciplined when it comes to a project.  Venusian and Neptunian energy work so lovely together, that when you’re not aware of yourself, or refuse to be, it is so easy to become consumed by this dreamlike energy that makes you feel like everything it just fine when it isn’t.  When used positively and proactively, Venusian and Neptunian energy is beautiful energy for creativity and spirituality; but even those actions require a certain level of responsibility and commitment in order to be lived and felt to its fullest potential.  Without commitment, you can’t be enthralled in something long enough to allow it to transform you. Transformation through creativity and commitment is what the cosmic energy is strongly suggesting right now.  This combination of energies is strong Monday, Tuesday and Wednesday of this week, so it is important to really take a look at what you know you want to change in order to go into a new phase of your life.  Remember, the new moon in Taurus on May 15th corresponds to the full moon in Scorpio of April 29th – something must end in order for something new to begin.

This is extremely important to keep in mind because on May 15th not only do we have a new moon, but Uranus will move from Aries to Taurus! Something it hasn’t done in 84 years! There is so much change coming for all of us, that, believe me, you want to cut the crap, get very real with yourself work towards that which you envision.  In order to have an idea of how that new energy can affect you, find out where Taurus falls on your birth chart (or ask me and we can discuss together). I will have more on Taurus in Uranus as well and the new moon in Taurus as we get closer to the events.

As the week goes on, we’ll have the Sun in Taurus opposing Jupiter retrograde in Scorpio.  For the most part, anytime there is an opposition between the Sun and Jupiter it’s usually a time to be courageous and act and think big.  But, considering that Jupiter is retrograde in Scorpio (which corresponds to the full moon in Scorpio) this opposition to the Sun becomes about dealing practically with what you need to change in your life.  Again, what do you let go of in order to move forward?  Lets say you’re in a job you hate.  With the full moon in Scorpio you finally realized how this job really drains you, not just physically, but emotionally and psychologically. To the point, perhaps, where you have anxiety and physical manifestations of your discontent with the job.  Sun opposing Jupiter asks you to believe that you can in fact leave that job and be ok, but that you need a plan before you leave.  The Sun in Taurus will not let you just drop that job without having something lined up and shake up your stability.  Some of you might think, “well, that obvious!” But, if this was an alignment with fire signs, a lot of people would be leaving their jobs without a second thought.

The realization that comes with the Sun opposing Jupiter may be hard to accept, let alone act upon, but the universe always has a way of gifting us with helping energy. Much later in the week, the Sun in Taurus will also trine Pluto in Capricorn, creating what is called an earth trine.  After getting real with yourself and accepting stuff about yourself that perhaps you didn’t want to, this earth trine lets you know that you have what it takes to create a stability for yourself beyond this point.  You’ll have a grounding confidence about the decisions you need to make from this point on.

As always, follow me Instagram and Facebook, where I break down the energy in more depth. It’s all information that needs to be taken in bit by bit.