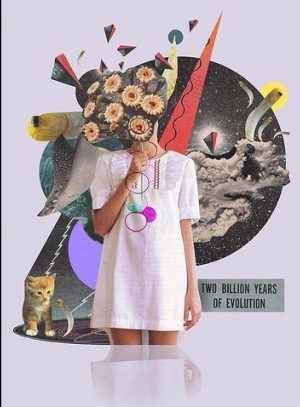 We start off the week with saturated with Aries energy due to the new moon in Aries which occurred on April 15th.  This new moon in Aries and the intentions that you may have set with it, have that Arian energy for the next 4 weeks.  The next 28-30 days (until the new moon in Taurus) mark a time in which you can focus your energy to your intentions in order to make them come to fruition.  If you have been following my latest posts, you’ll notice that they were a lot about taking responsibility for where you are in life, accepting that place and moving forward from there with this new moon.  See, cosmic events are about an entire process, not just the event itself.  You can’t just arrive the day of the new moon and think that by practicing a ritual you are all of a sudden in a new state. That’s not the way energy works at all.  If it did, then your only cosmic opening for this new moon would have been April 15th and if you missed it, too bad, so sad.  By understanding that cosmic events are tied to one another, you 1) take constant responsibility for you state because you want to take advantage of a wonderful cosmic event (like this new moon, for instance); and 2) you don’t blame cosmic events for what happens to you (like many people love to do with Mercury retrograde, for example).  So, if you think you’ve missed the new moon train, don’t worry, you haven’t.

This new moon in Aries was about a change in habits and a shift in consciousness.  The new moon occurred while being exactly conjunct (next to) Uranus.  Uranus represents stepping away from what is already established and shifting our consciousness to creating something new.  That’s a brave way of looking at life.  To go against the grain and doing what feels right to us, especially in the age of influencers, for instance. Everyone is trying to tell us what to do, how to do it, and when to do it so that we do it “right.” Well, what does “right” mean to you? That’s what Uranus is asking.

I’ll get a bit personal right now because I am genuinely living the alignments currently going on and they’re affecting my personal chart immensely (the new moon at 26 degrees Aries square my Sun at 25 degrees Capricorn).  When I started this blog, I was very concerned about doing things “right.” Having the right color scheme, the right pictures, the right look to my Instagram posts, the right this and that and the other.  So, I was reading a ton of other blogs and books, watching videos and looking everywhere else to tell me how to do what I wanted to do.  While I did learn a lot and applied some of what I learn, I had to stop looking outside and really assess what sat right with me, my life and my responsibilities.  I stopped searching to be influenced by anyone and started looking within to see how I could influence myself. In searching within I realized that what I wanted to share would translate in a much more genuine way simply by doing things my way. You see, I have a full-time job aside from this project. I am fortunate enough to have a great relationship with a wonderful man whom I love to spend time with and a home that I like to dedicate time to.  I have a life that I actually enjoy living because I have worked hard to manifest it. So, while so many influencers talk about quitting the day-job to slay it, kill it or hustle, I decided that that type of approach did not sit well with me because it would require sacrificing things that I actually love. Things that are actually fulfilling to my life.  But I had to pause and really accept that because I was being heavily swayed by all of the information I was consuming.  Now, I take responsibility for the information I was consuming and for being blindly swayed, no one force me to feel that way; but it took a moment of meditation and questioning to come back to myself. Do you realize how many times that happens to us and we don’t realize it? Do you realize how many times we watch videos or read blogs that tell us we need to look a certain way, or buy yet another lipstick because it’s just the right shade of nude? Some might read this and be upset with me, but that’s ok. I’m not condemning anyone, I am just reminding you to question what you consume. Question my material before you take it to be completely true for you. Do it because if you don’t, you’ll continue to get lost in the sea of mediocrity and forge your own value.

I know those are pretty strong statements, but the alignments call for it. Uranus in Aries for the last eight years has wanted us to find our own authenticity and what makes us different.  Not so that we stand out in the crowd (the crowd is irrelevant), but to simply be ourselves.  It’s no wonder the selfie phenomenon started with Uranus in Aries. But somewhere along the way we simply followed others without questioning. And it’s understandable how that happens. We live in a world in which we relate to others. But the next 30 days are the last days of Uranus in Aries before it moves into Taurus; and Taurus, more than any other sign, it is the sign of self-worth. So, how can you know your worth if you continue being influenced by everyone other than yourself?

The new moon in Aries represented all of this because Uranus was right next to it. The shift in energy and consciousness is very much alive and it’s a beautiful awakening. All you have to do is ask yourself who you are. And the answer may not come the first, second, fifth, or one-hundredth time of asking, but it will come. Little by little you’ll peel off the layers of whom you’ve thought you should be and celebrate who you truly are. If you ask me, that’s a hell of an intention right there.

There is a ton more going on this week and I’ll touch on everything on my daily Instagram posts. For now, take this in, question it and question yourself.