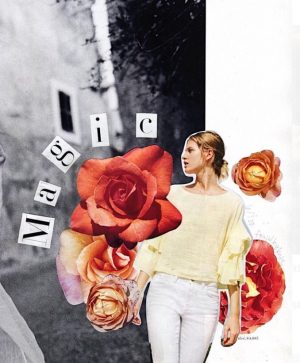 One of biggest events this week is the New Moon in Aries on April 15th. Simultaneously, Mercury goes direct and we have a cosmic green light to make bold intentions and proceed with acting towards them. But before the new moon, we have several alignments throughout the week in earth signs, that remind us about creating our own certainty by valuing ourselves in order to move towards that which we desire.

The other major event of the week happens on Tuesday, April 10th and it is the Sun in Aries squaring Pluto in Capricorn. In short, this translates into power coming from a strong sense of self. For the last couple of weeks, the Sun in Aries (representing the “I,” meaning ourselves) has had squares to energy in Capricorn (Mars and Saturn to be exact).  Each time this has happened, the squares have spoken to us about responsibility; specifically, about taking responsibility for every aspect in our lives without negative judgment.  Now, in a lower vibration, Capricorn energy can be extremely judgmental because Capricorn is the sign of leaving a legacy behind. And leaving a legacy behind usually entails recognition from others.  That can result in this feeling of having to meet a status quo in order to feel like things are being done “correctly” in the eyes of the people around.  In this energy, somewhere along the line, the responsibility of leaving a legacy behind, for instance, is relinquished to others because we act from a place of uncertainty.  Taking responsibility for what we truly desire requires questioning why we want what we want. In asking this question we open the door to potentially revealing if the legacy we want to leave behind, for example, comes from a place of authenticity and a strong sense of self (Sun in Aries), or if it comes from a place of, like a mentioned earlier, meeting the status quo.

Let’s say that you chose to become an attorney. You went through the whole process of doing well in school, getting good grades in college, getting into a good law school resulting in a career as a lawyer.  Simply put, your legacy will be that of being a lawyer.  But, deep down, you want to pursue something more holistic. You want be a masseuse. This entire time that you have been studying to become an attorney you have been an undercover lover of anything holistic and have fallen in love with the understanding and importance of the natural flow of the body and its connection with the mind and soul. In this process, you can no longer deny that you want to pursue a different path, leave a different legacy behind, and leave the corporate job at the law firm.  What do you do? Do you go full force for what your heart desires, or do you stick with the career everyone around you expects you to stick to? This may seem like a silly example, but it does the job in explaining Capricorn energy when there isn’t any certainty or clarity behind why we do what we do.

Another earthy alignment of the week comes from the lovely Venus right at home in Taurus trining Mars in Capricorn.  In others words, Venus and Mars (the cosmic lovers of the sky) are having a calm conversation about worth, what that means to each of us individually and how to be certain and confident in the pursuit of our desires. Picture Venus in Taurus as the girl who loves comfort. But not only loves it, she also knows she deserves, without regard of what anyone might think  and is willing to work slowly and steadily to achieve the life she envisions.  It doesn’t always have to be something great, but she loves herself enough to know what she wants, why she wants it and what she needs to do to get it.  It’s that simple.  A high-vibrating Venus in Taurus energy just knows. She is so comfortable and confident about herself that she doesn’t need to explain to anyone why she wants what she wants. How amazing would it be if we could all feel this way all the time, right? This is another alignment nudging us to ask ourselves the questions that lead us to certainty about our own desires.  We cannot know what we want and genuinely feel like we deserve it, if we don’t take the time to know the love behind it.

So, before the new moon in Aries, which is beautifully aligned and set up for new beginnings, all of this earth energy throughout the week is suggesting that we get grounded within ourselves so that we can unapologetically be whatever we want to be.  When we create certainty within ourselves we know that no matter what happens in the process of pursuing our dreams, we will be alright.  It doesn’t matter what anyone else says or thinks, we will not be discouraged by their criticisms that come from their own views on the world.  Having certainty within doesn’t mean that we will know the outcome of our pursuits, but it does give us the strength to know that no matter what happens along the way, we’re perfectly capable of navigating it because we’re clear about what we truly want.

Below, I will leave a short video in which I talk about personal power, which is in tune with this week’s energy.

There will be a separate article on the new moon in Aries later this week. First, lets digest all of the earth energy we’re being gifted with in order to confidently set our intentions for the new moon.