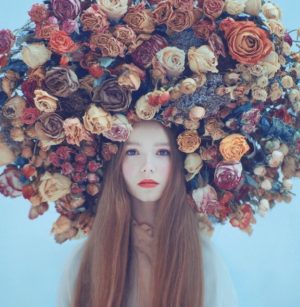 We begin this week still saturated with the energy of the new moon in Pisces which occurred on March 17th.  This new moon represented the end of an astrological year in order to begin a new one with the Spring Equinox on March 20th, which also marks the time the Sun enters Aries.  Pisces is the sign of letting go and flowing with the release of that letting go.  It almost seems like contradicting energies to have a new moon while the astrological year is coming to an end.  But, if you’ve ever seen the symbol of Pisces, you know that it is two fish swimming in opposite directions; yet the energy functions and flows. With this new moon in Pisces intentions could have very well been set, but the time to fully act upon them and pursue them isn’t now.  This is because this new moon finds itself happening simultaneously with Jupiter in Scorpio just starting its retrograde period till July, and Mercury beginning its own retrograde period on March 22nd.  Does this mean that we just sit and do nothing for weeks, even months, until the retrogrades for this year pass? Not at all. If we did that, we wouldn’t do anything at all for most of the year.  What these retrogrades are teaching us, is how to build a well thought out foundation for the intentions we did set with that new moon in Pisces.

Like I mentioned earlier, the Spring Equinox is upon us.  This happens every and it means that a new astrological year has begun. In the northern hemisphere, it is the time in which we have the same number of hours in the day as we do at night.  Since in the northern hemisphere the Spring time begins, we feel physically energized to do more. We want to go out and socialize more, be more active because we want to take advantage of the daylight; but, mostly, we feel the desire to start something new. Just like all of the flowers begin to bloom in the Spring, we want to bloom in our own divine light. Now, in the southern hemisphere, the energy is a little different. The number of hours for daylight aren’t as long, which creates a slower paced energy. I mean, think about it: when the sun is completely set by 5:30 p.m., what is the energy like? Most of us just want to go home and unwind from the day.  Which is absolutely fine because when we slow down, we process a lot better.  The point of these two energies is that they each provides us with what we need in order to move forward.  Understanding the divine balance between light and dark is how we take advantage of the energy given to us by nature.

The energy of intention and desire also meet this week as Venus (desire) and Mercury (intention process) connect in Aries.  Together they want us to simply start and go after our dream, but Mercury himself will retrograde from March 22nd to April 15th, giving us a lesson in making more mature decisions.  Archetypally, Venus in Aries wants her desire to come to fruition now; and Mercury in Aries usually represents not having a filter when communicating.  There isn’t a pause between thought and the communication of that thought.  In other words, putting your foot in your mouth –  a lot.  So, imagine trying to build something new with that type of energy alone. You have all the energy to begin, but do you really have all the energy to continue for the long run? Will this initial burst of energy keep you going for many months, even years to come, when the process isn’t as exciting as it was in the beginning? These are the types of questions Mercury retrograde in Aries gifts us with.  When we take a moment to question our next move or even why that should be our next move, we will most likely avoid repeating old behavioral patterns that keep us from growing and evolving that way we really want to – which I assume, is what we desire moving forward.

So, even with the Spring Equinox upon us, and the recent new moon in Pisces, we have to remember that Mercury is retrograding for a reason.  First, lets broaden our perspective about what Mercury retrograde means.  Mercury retrograde isn’t always about losing your keys, your laptop crashing and unclear communications with others.  In a more elevated perspective, Mercury retrograde is a time in which we contemplate that which we wish to do next. It is a time in which, instead of reacting, we choose to be the bigger person by pausing because we understand the not everyone is very clear about what’s going on in their minds.  Perhaps it’s a time used to sharpen your skills and knowledge before continuing with a creative endeavor. Or maybe it’s a time in which you and your significant other decide to take a break to think about where you want your relationship to head next.  If Mercury retrograde represents anything, it is a time in which we slow down to contemplate that which we did not contemplate before because we were moving too fast.  If you still think it is just about miscommunication with others, take it to the next level and ask yourself why does that miscommunication exist? Why is there a lack of affinity between you and other that you can’t seem to be on the same page?  What does asking questions like these make you do? It makes you contemplate and take the time to do things right.

Throughout the week I will post more information about this week’s energy on my Instagram and Facebook pages.  Check them out daily in order to better understand what all of this energy is here to teach us. Have a great week!