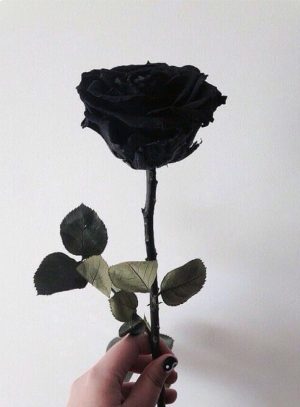 For a long time, Jupiter has been portrayed as the gift-giver of the sky.  Popular astrology has dubbed it “The Planet of Luck,” saying that a Jupiter transit is the time in which all your dreams come true and you get more of everything you want! It all just happens magically. At times, it can happen that way; it can feel like a time in which everything falls into place. But, that is not always the case.

Jupiter is the planet of higher learning, philosophy, teaching and often associated with optimism.  And while Jupiterian energy can, in fact, give you a larger perspective of life, which can result in optimism because you’re not fixated on the overwhelming details of a situation, Jupiter is also the sign of expansion and putting a magnifying glass over situations.  Like any other planet or sign, the expansive energy of Jupiter remains neutral until it is manifested or used in a certain way.  Let’s say that Jupiter is transiting your 2nd house of finances, values and self-esteem.  I have read a lot of articles in which the interpretation for Jupiter over the 2nd house is about a windfall of money and higher self-esteem. Almost as if it were to happen overnight.  Well that can only happen if that’s what you’ve been working on before Jupiter hits that house.  If you’re in debt and haven’t wanted to deal with that debt, Jupiter will bring that debt to the forefront of your life and amplify the fact that it is something you have to take care of.  If it’s self-esteem issues you’re dealing with, Jupiter transiting the 2nd house doesn’t mean that all of sudden you become confident without doing self-work.  If anything, Jupiter will intensify that low self-esteem so that you no longer ignore how it’s affecting other parts of your life and do something about it. Similarly, whatever house in your chart which Jupiter transits, it will only place a magnifying glass on what it already there – positive or negative.

In the larger perspective, whatever is magnified is for the greater good.  Jupiter entered Scorpio in October 2017.  The day Jupiter entered Scorpio, the Harvey Weinstein scandal came to light.  It was all about sexual abuse behavior happening behind closed doors (all Scorpio energy in nature).  Jupiter is also the planet which represents the press. In this case we had sexual abuse, happening behind closed doors, now out in the open for the world to see.  The experiences these women had were awful but bringing them out in the open allowed for other women to feel like they were not alone (the greater good).  If the positive energy that is associated with Jupiter was ever appropriately applied, it is in this scenario.  Something good came out of something awful.  This is how Jupiter energy is best portrayed.

Now, Jupiter has started its retrograde phase until July 10th. What does this mean? Let me first say that retrogrades ARE NOT A BAD THING. Secondly, Jupiter retrograde is not the same as Mercury retrograde – you won’t lose your keys, your computer won’t go to hell and communication with others will not be difficult (most of the time not even Mercury retrograde is about those things, even though they are Mercurian in nature. But all of that is for another post). Different retrograding planets have different meanings because they represent different energies.  Any time a planet goes retrograde, it is a time to slow down and review what the transiting energy is doing is our charts.  With Jupiter retrograding it is a time to slow down and recognize that less is more.

Due to the expansive nature of Jupiter, we might feel compelled to do more.  But, in Scorpio we are being asked to look within and look our deepest issues, emotional and psychological in order to know ourselves better.  When we look at every aspect of ourselves, even the not-so-pretty aspects, were giving ourselves the opportunity to choose better next time.  Whatever that may mean specifically for you, it can only be accomplished when you look at and accept every part of yourself.  With Jupiter retrograding we are being urged to do less on the outside and more on the inside.  Why? Because anything that we see outside of us, at some point, derived from the inside. Anything and everything.

These four months that Jupiter will retrograde are a great time to slow down the revolutions on the task-train and put the attention on inner work.  Working with a coach, psychologist or even going to group therapy will be extremely beneficial during this time because Jupiter retrograde in Scorpio is indicative of that energy.  The first three 2 ½ months of the year have been about doing and pursuing something we’re passionate about.  Now that Jupiter and other planets begin to retrograde we slow down on doing and taking a look at how we can improve and polish what we’ve started. But, again, it all starts within.  Checking in with ourselves inside allows for beautiful results on the outside. That’s what the cosmos are trying to tell us.  We are being gifted with a few months in which everything slows down so that we can do better when they go direct again.