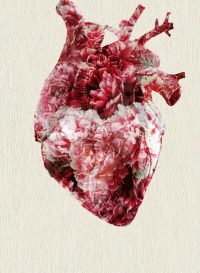 We are still under the energetic influence of the Full Moon in Virgo from March 1st.  A point of culmination that may have flared up a lot of emotion, endless stream of thoughts and even lack of sleep. Or it could’ve have been a point in which you clearly saw that which came to an end or turning point, and you accepted that for what it is.  In last week’s post, Discernment Without Judgment,’ I described how the Virgo energy could manifest itself and how to navigate through it with a higher level of consciousness. This energy will last until March 17th when we have the New Moon in Pisces (but more on that later).

The reason we have to keep in mind last week’s Full Moon in Virgo (other than the fact that the energy is still active), is that we have two planets changing signs this week that can affect the way we approach situations if we don’t stop and think before we act.

Venus and Mercury will move from the very romantic and soft, “let go and let God” Pisces, to the impulsive and fiery Aries.  Two very different energies happening one right after the other can cause confusion and chaos if the energy is not properly understood and implemented. So, how does the full moon play into this? Well, lets say that with the full moon something that was hidden (whether it was emotionally or psychological; or perhaps you found something out about someone close to you) came to light.  You feel that you’ve had enough time (less than a week) to process what you discovered and you are ready to take action!  You’re done feeling this way about whatever came up for you and you just want to change the situation so that you can feel better. You’re ready for a change, either of habitual patterns or a change in a relationship, you’re just done.  Considering that Venus is the planet of desire, in Aries we’re ready to go full throttle without much thought for the change that was made clear with last week’s full moon. Mercury, the way we process cognitive thought, will also be in Aries extremely agitated and ready to deliver whatever is on your mind without thinking of the consequences.  All because you’re ready for the change, but most importantly, all because you are too impatient to sit with the discomfort of processing what came to light with the full moon. The Arian energy described above isn’t the most consciously elevated energy of the sign.  Reactivity without thought lead you to endless scenarios of the same outcome simply because you hate to sit and feel what you feel.  The Moon represents emotions and in a full state, that energy is amplified. But it’s amplified so that we feel it and not run away from it.

When an astrological event gifts us with the opportunity to see something that we didn’t see before, we should take the time to acknowledge it, sit with it, feel it and understand it because it is a way for us to understand ourselves even more.  We live in society where we want everything now. And in getting everything now, we don’t create space to hold more. We don’t know how to because everything happens so quickly. As a result, everything becomes disposable; including the lessons gifted to us by the stars.

Let’s say that you’re still reactive and go full force towards a change, Saturn will impose a change in pace come the weekend.  By the time we get to the weekend, Mercury in Aries will square Saturn in Capricorn which will make you stop on your tracks.  Saturn in Capricorn in the builder of a steady foundation without missing a step.  Mercury in Aries can have you thinking, “I want this change now. I don’t like the way this feels.” In this fight, Saturn will win – and that’s the best thing that can happen to you if you’re acting without thinking. Becoming aware that something needs to change is great.  But taking the time to figure out how to do it better this time around, is even better. That’s what Saturn in Capricorn wants for us.

Aries is the sign of the “I.” As the first sign of the zodiac, a lot of energy goes to the self, which can be good thing when exercised properly.  Take the time to be with yourself to understand how to approach this new phase in life.  Take advantage of gaining clarity of your desire with Venus in Aries, so that you don’t burn yourself in the process.  Think about yourself (Venus and Mercury in Aries), but don’t forget to think about the long-term reward of this change (Saturn in Capricorn).

*Note:  Jupiter in Scorpio will also start retrograding this week.  Another article on that coming later this week.